After-work Panel Debate — The Cyber Era: How the rise of Artificial Intelligence is shaping the EU Foreign Policy?

The College of Europe Development Office organized its annual after-work panel debate in Brussels on 9 December 2019. It focused on Cybersecurity & Artificial Intelligence and the EU’s Public Diplomacy activities in the field.

Prof. Dr Dr Jörg MONAR, Rector of the College of Europe, opened the debate thanking the speakers and attendants for their presence and reflecting on how cybercrime is nowadays a global challenge that national actors cannot tackle alone. "Response must involve Foreign Policy Instruments", he concluded.

Mr Jesús BALLESTEROS, Director of the College of Europe Development Office, opened the debate, giving the floor to the invited panellists and launching a reflection about the data being the new oil in international relations.

Mr Lorenzo PUPILLO, Associate Senior Research Fellow and Head of the Cybersecurity @CEPS Initiative at the Centre for European Policy Studies (CEPS) reflected on the rise of Artificial Intelligence and how resilience can be key to achieve cybersecurity. Dr Robert DEWAR, Head of Cyber Security at the Geneva Centre for Security Policy (GCSP), reflected on how the EU is approaching the topic and how the core starting point should be ‘trust’. Ms Nathalie VAN RAEMDONCK, Associate Analyst on cybersecurity and information warfare at the European Union Institute for Security Studies (EUISS), reflected on the role of the EU in setting global standards and raised the importance of putting the human aspect of data at the centre of the debate.

A Q&A session followed the debate, with rich interactions from the audience.
The panel debate was followed by a networking cocktail where participants could further continue the exchange.

Download the programme here
Downaload the bios of the speakers here

Take a look at the pictures below! 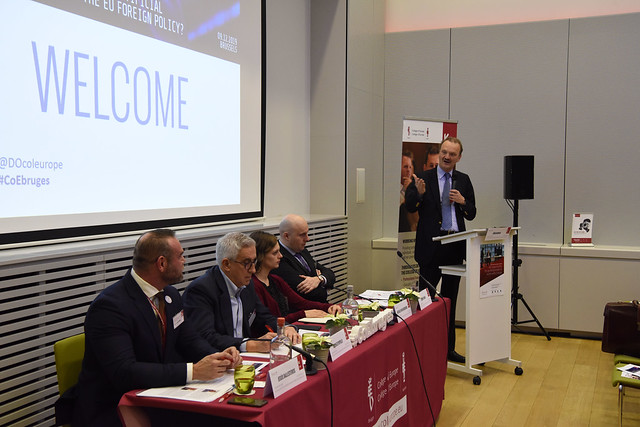