On Thursday, 27 October 2016, the Department of EU International Relations and Diplomacy Studies at the College of Europe celebrated its first ten years. 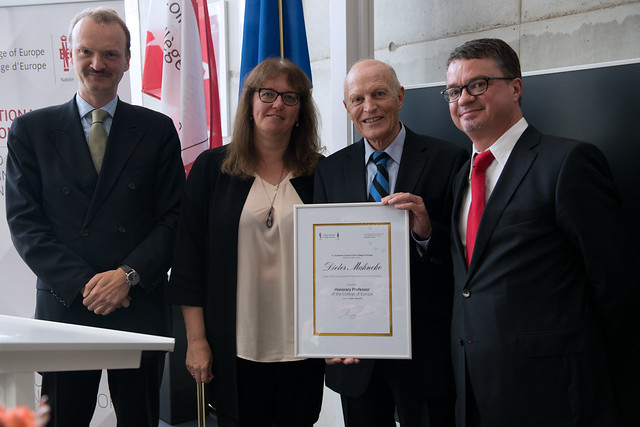 Dieter MAHNCKE has been visiting professor at the College of Europe for forty years (1976-2016). During this time, he was also Alfried Krupp von Bohlen und Halbach Chair for European Foreign Policy and Security Studies (1996-2010), Director of the Department of European Political and Administrative Studies (1996-2008) and founding Director of the Department of EU International Relations and Diplomacy Studies (2006-2010). Among his previous professional affiliations are the University of the Armed Forces in Hamburg, the Office of the German Federal President and the German Federal Ministry of Defence. He holds a BA from the University of North Carolina at Chapel Hill, an MA and PhD from the School of Advanced International Studies, Johns Hopkins University, in Washington, DC, and a Habilitation from the University of Bonn.