High-level lecture by Dr Franz FISCHLER: "European Elections – What do we want to do together in the future?"

On Thursday, 4 April 2019, the College of Europe in Natolin had the pleasure to host Dr Franz FISCHLER, President of the European Forum Alpbach and former European Commissioner for Agriculture, Rural Development and Fisheries.

Dr Franz FISCHLER delivered a high-level lecture titled "European Elections – What do we want to do together in the future?". The lecture was followed by a debate with the participating audience moderated by Professor Tobias SCHUMACHER, Chairholder of the European Neighbourhood Policy Chair.

This high-level lecture was part of a preparatory lecture series for the Manuel Marín Promotion students participating in the second semester study trip to Brussels and Luxembourg. In April 2019, Natolin students embarked upon one out of five tailor-made study trips. To learn more about the different destinations and topics of the study trips, click here.

About the speaker:
Dr Franz FISCHLER, studies of Agriculture at the University of Natural Resources and Life Sciences, Vienna. 1989-1994: Federal Minister of Agriculture and Forestry, Austria; 1995-1999: European Commissioner for Agriculture and Rural Development; 1999-2004: also responsible for Community Fisheries Policy; 2012-2015: Chairman of the RISE-Foundation, Brussels; 2014-2015: Chairman of the Steering Committee of the EU scientific programme for Expo Milano 2015; since 2015: President of the Board of Trustees to the Austrian Institute of Advanced Studies (IHS); since 2012: President of the think tank "European Forum Alpbach". 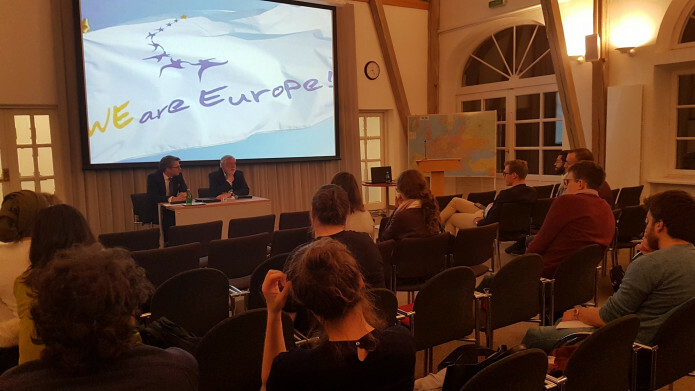