The lecture was delivered by Dr Fiona HILL, who is a senior fellow in the Center on the United States and Europe in the Foreign Policy program at Brookings Institution, Washington, DC. She recently served as deputy assistant to the president and senior director for European and Russian affairs on the National Security Council from 2017 to 2019. From 2006 to 2009, she served as national intelligence officer for Russia and Eurasia at The National Intelligence Council. Prior to joining Brookings, Hill was director of strategic planning at The Eurasia Foundation in Washington, D.C. From 1991 to 1999, she held a number of positions directing technical assistance and research projects at Harvard University’s John F. Kennedy School of Government, including associate director of the Strengthening Democratic Institutions Project, director of the Project on Ethnic Conflict in the Former Soviet Union, and coordinator of the Trilateral Study on Japanese-Russian-U.S. Relations. Among many other publications, she is the co-author of Mr. Putin: Operative in the Kremlin (Brookings Institution Press, 2015).

The lecture was preceded by a Welcome Address by the Rector of the College of Europe, Federica MOGHERINI.

Rector MOGHERINI also kicked off the debate after the lecture, before opening the floor for a Q&A session with the audience in the room and remote participants. 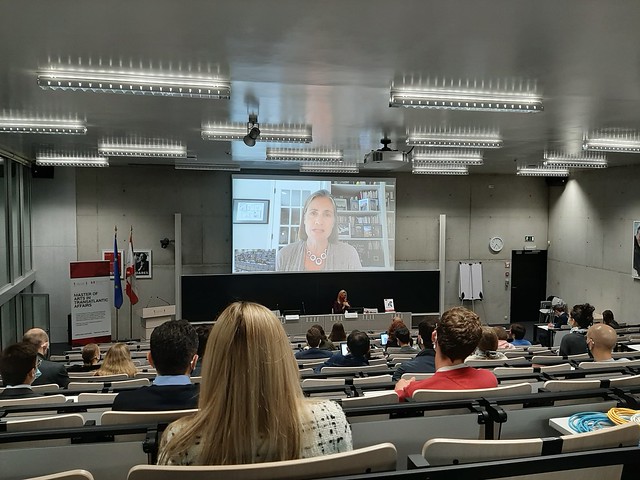