From 25 to 29 March 2018, a multinational team of 14 students from the European Interdisciplinary Studies Department of the Natolin campus of the College of Europe participated in the prestigious New York - National Model United Nations (NY-NMUN) 2018.

The NY-NMUN competition is the largest university-level MUN in the world and involves around 6000 students from more than one hundred universities, schools and other academic institutions. In the context of its ninth consecutive participation, the Natolin campus represented Estonia.

The intensive training of the students was led by NMUN Mentors Ms Marianna WYSOCKI and Mr Paweł PUJSZO, who also accompanied the team to New York.

This year at the NY-NMUN 2018, the Natolin Team kept up with the outstanding trend of its previous performances by winning 7 "NMUN Awards":

Regular news updates from New York were published on our Facebook page. 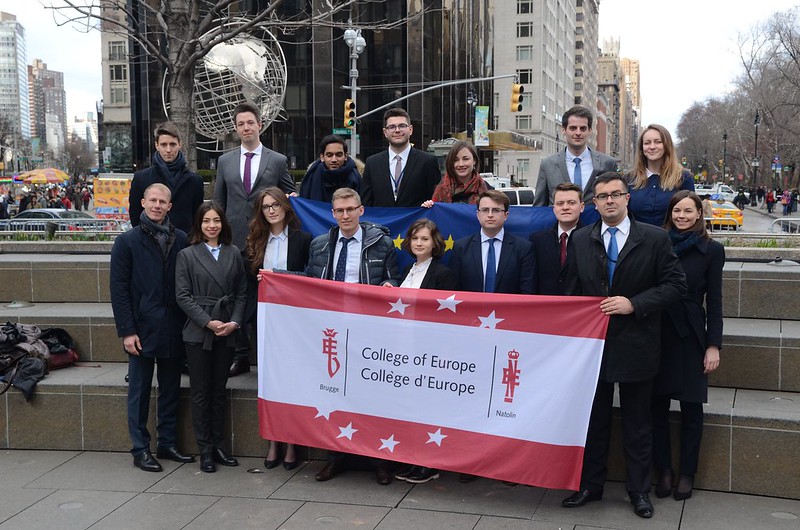