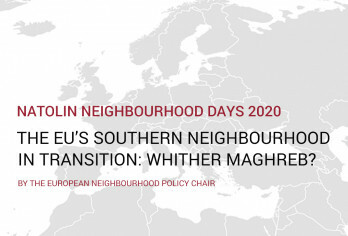 Nine years into the so-called Arab Spring, the European Union’s Arab southern neighbourhood is still a far cry away from political liberalisation, let alone democratization. Except for Tunisia, authoritarian tendencies are re-emerging unapologetically, and past methods of political control are increasingly being re-deployed. To the extent that popular discontent with existing governance structures has resulted in mass protest and public pressure, incumbent regimes have – time and again – managed to channel public discontent by means of adopting cosmetic reforms, co-optation or repression. In fact, the outbreak of the SARS-CoV-2 pandemic has been instrumentalised by regimes to tighten the screws of non-democratic governance even further and bring political protest, at least for now, to a halt.

At the same time, countries in the EU’s Arab southern neighbourhood are faced with economic stagnation and unequal wealth distribution, religiously inspired radicalisation, direct or indirect exposure to territorial conflicts, fragile statehood, displacement and migration movements, as well as growing interference of external actors. The countries of the inner Maghreb – Algeria, Morocco, and Tunisia – located in close proximity to the EU and connected to the latter through highly institutionalised association and cooperation frameworks, encapsulate most of these challenges.

This autumn’s Natolin Neighbourhood Days, organised by the European Neighbourhood Policy Chair, turned southwards and critically addressed many of these challenges with a view to provide students with a more thorough understanding of current political, politic-economic and security dynamics in an important EU neighbourhood sub-region. In addition to focusing on country and regional specificities in the Maghreb, this series of Neighbourhood Days also offered an EU angle and addressed past and current EU responses – if any – to authoritarian backsliding, economic malaise, and the emergence of an increasingly fragile, if not to say eroding, security order along its southern borders.

ENP Chair High-Level Talk with Mr Alessio NARDI: "The Maghreb and the EU: In Search of New Meaning and Momentum"

The events were open to all students of the European Interdisciplinary Studies Department. For more information please consult Ms Maja OLSZEWSKA.