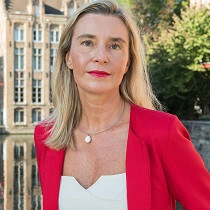 On Tuesday, 28 June 2022, Rector Mogherini contributes as a Special Guest to the 5th High-Level Peer-Coaching Seminar “Mediation Diplomacy in the Context of EU Common Foreign Policy”. This seminar is...
Read more
END_OF_DOCUMENT_TOKEN_TO_BE_REPLACED