We are glad to share a full activities update of the European Neighbourhood Policy Chair at the College of Europe in Natolin! 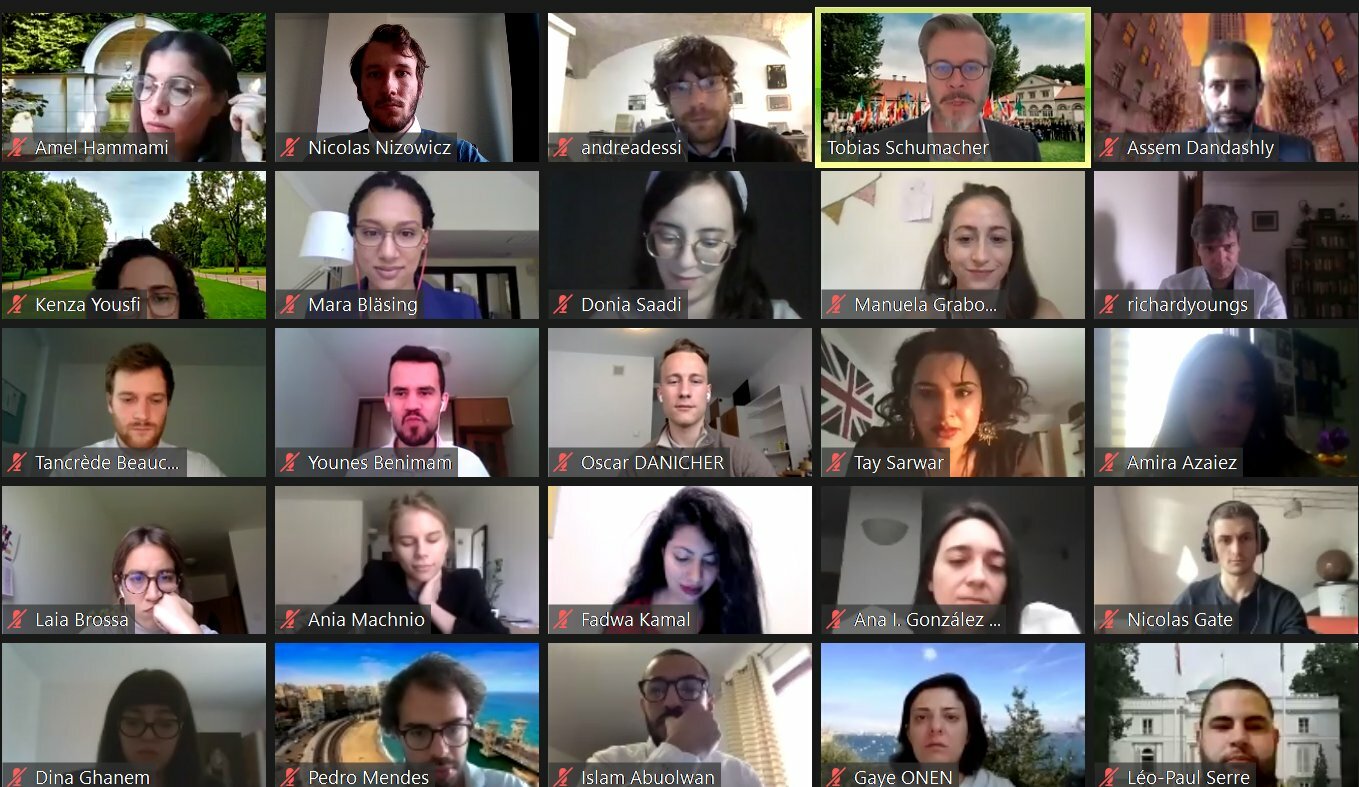 In April 2021, the Chairholder of the ENP Chair, Professor Tobias SCHUMACHER, together with Dr Emile BADARIN, Research Fellow, Ms Maja OLSZEWSKA, Chair Assistant, and colleagues from the Academic Department, co-organised and executed the academic programme of the online study trip to the Middle East and North Africa, titled 'Ten Years after the Arab Uprisings: Geopolitics, Power and Order in the Middle East and North Africa'. Senior Research Fellow, Dr Andriy TYUSHKA, co-organised and led the online study trip to the Wider Baltic region, titled 'European Security in Cha(lle)nging Times: The Wider Baltics in the Post-Crimea, Post-Brexit and Post-COVID-19 Security Constellations'.

Given the approaching end of the academic year, the entire Chair team have been in close contact with students interested in ENP and EU neighbourhood-related matters, providing supervision in full online mode to all supervisees. In this context, the Chair organized two rounds of its annually held research colloquium, providing students of 'The EU and its Neighbours' major with an opportunity to present their evolving Master's thesis online and obtain peer feedback.

Throughout the past months, all ENP Chair researchers continued to work on multiple research projects:

Professor Tobias SCHUMACHER co-edited and finalised with Dr Andriy TYUSHKA a manuscript of a volume entitled 'The European Union and its Eastern Neighbourhood. Whither Eastern Partnership?', to be published by Routledge later this year. He also finalised a commissioned, co-authored article, entitled 'Territorial Conflict, Domestic Crisis and the COVID-19 Pandemic in the South Caucasus. Explaining Variegated EU Responses', which will form part of the 2020 Annual Review of the JCMS: Journal of Common Market Studies, due in the second half of 2021. 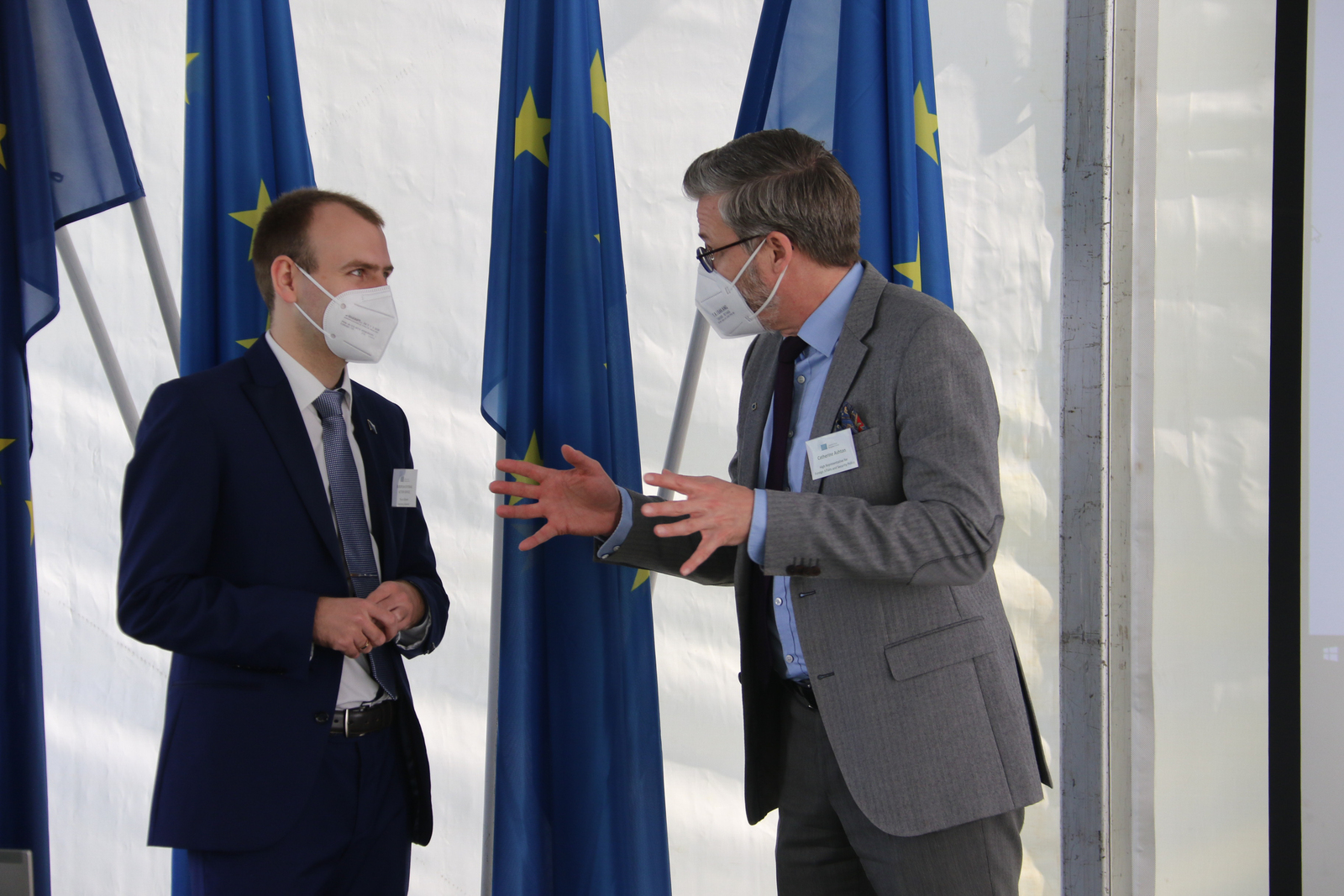 In April, Professor SCHUMACHER taught the remaining modules of his second semester Optional Specialist Course on the European Union’s Neighbourhood Policy and also held and ran – in person and on-site – his annual Simulation Game, entitled 'EU Foreign Policy Decision-making in Times of Crisis', during which students were given the opportunity to engage in role play and learn about EU foreign policy making in response to developments in Syria. As in the previous semester, he led the student reading group on 'European Foreign Policy Analysis', which met every month. These engagements were preceded by several online lectures Professor SCHUMACHER was invited to give at Sciences Po (Rennes) on issues related to EU external action towards the EU’s neighbourhoods.

Dr Emile BADARIN published a peer-reviewed article in Third World Quarterly and a book review solicited and published by the Journal of Modern Jewish Studies. He finalised and submitted three manuscripts to peer-reviewed journals. Dr BADARIN taught his Compact Seminar and led his reading group in face-to-face mode. In March, he gave an online lecture on 'Recognition, Elimination and Settler-Colonialism in Palestine' at the European Centre for Palestine Studies at the University of Exeter.

On 18 March 2021, together with Dr Ioana VRABIESCU (University of Warwick, School of Law), Professor Jean-Pierre CASSARINO, Senior Research Fellow at the ENP Chair, took part in the EuroMedMig Roundtable, organized by the University Pompeu Fabra (Barcelona, Spain), entitled 'Return Migration in a Critical Perspective: Questioning Concepts and Practices in the Mediterranean'. He has been also appointed member of the scientific committees of two major international academic events. The first one is an international conference which will be organized in Tunis on 8-9 July 2021, entitled « Les mobilités africaines: Vers un changement de prismes? ». The second academic event, entitled « La Libye contemporaine entre Afrique et méditerranée » will be organised in October 2021 by the Libyan Research Project in Social Sciences promoted by the University of Tripoli and the Institut de Recherche sur le Maghreb Contemporain (IRMC, Tunis). Most recently, Professor CASSARINO finalised an article on the external dimension of the New Pact of Migration and Asylum, which will be published in the peer-reviewed academic journal La Revue Internationale et Stratégique. 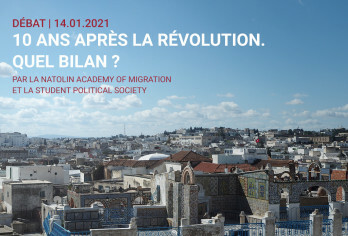 At Natolin, Professor CASSARINO taught his optional specialist course, entitled 'Cooperation on Migration Governance between the EU and its Neighbourhood', together with Professor Daria DAVITTI. Together with Dr Amel HAMMAMI, and thanks to the proactive contribution of various students on the Natolin campus, four online debates with invited external speakers have been successfully organised in the framework of the Natolin Academy of Migration (NAM) in recent months.

Dr Andriy TYUSHKA taught a compact seminar on the EU and Russian power projection in their respective neighbourhood. He also directed the student reading group on 'European Security in Times of Hybridity'. He has finalized and published with the Journal of Contemporary European Studies (JCES) an article on Russia’s narrational contestation of the EU’s liberal identity, power and hegemony in the region. In March 2021, Dr TYUSHKA finalized the drafts of two chapter contributions to edited volumes – one on the EU’s member- and neighbour-state building politics in East-Central Europe (forthcoming with Rowman & Littlefield), and another one on contentious constitutional politics in Eastern Europe, with a particular focus on Ukraine (forthcoming with the Munich-based Institute for East European Law Book Series).