Since the early 1980s, the  College of Europe has developed significant consultancy activities with a focus  on European law. The Development Office was established in 1996 to implement EU  service contracts for legal research and other the external activities of the  College of Europe. Until 2009 it was under the direction of Dr. Marc VUIJLSTEKE  (†) who was replaced in September 2009 by Mr Jan DE MONDT. From April 2015 the Office is managed by its previous Deputy Director, Mr Jesús BALLESTEROS.

Since its creation, the  Development Office team has managed a wide range of long-term projects services for the EU institutions, notably in the field of  codification of European law, the implementation of the Internal Market and  services for Commission networks. 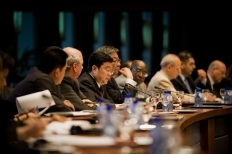 The drive for EU  enlargement created also a huge demand for information, advice and professional  training on European issues. Acknowledging this need as early as 1990, the  College of Europe and later on the Development Office have been organising  numerous academic co-operation projects funded by EU programmes and projects in consortia with companies and law firms or on its own account. It also manages the publication of Collegium, the academic journal of  the College.

The Development Office has  also been underpinning the role of the College of Europe as a centre d’excellence in European affairs.  It has been organising professional training courses and seminars on European issues with various partners including associations, private  companies, EU institutions and national administrations. The training courses  are either tailor-made or part of an annual education programme. Its flagship programme  is the Intensive  Seminar on the EU  –  a one- to three-week training course in Bruges  which has been organised since 1993.

In addition, the  Development Office has been a venue for various conferences and forums on  topics that are complementary to the academic expertise of the College. 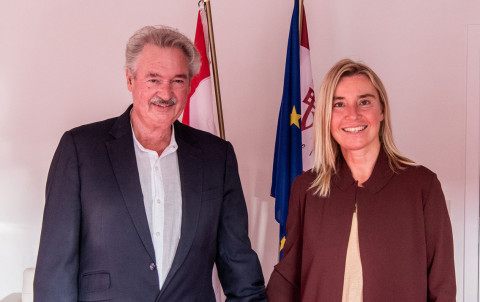 On 29 September 2022, Rector Mogherini received the visit of H.E. Mr Jean Asselborn, Minister of Foreign Affairs of the Duchy of Luxembourg, in the framework of an event organised by the European...