From 1980 to 1991 he was Director of the European Centre for Work and Society (Utrecht-Maastricht) in the framework of which he assumed the directorship of Eurotechnet, an EEC programme on vocational training and new technologies.

From 1992 to 1993 he was Director of the Programme for European Studies at the Central University, Prague.

He was Secretary-General of the "European Society for Engineering Education" (SEFI) and of the "Association for Teacher Education in Europe" (ATEE).

Mr Fragnière passed away on 9 September 2015. 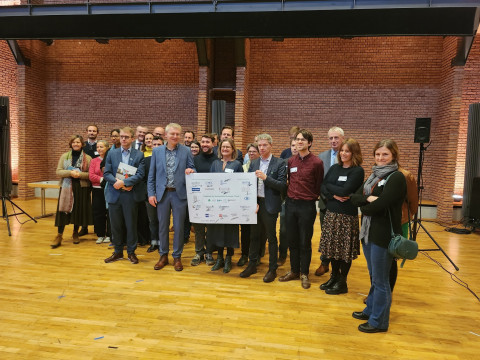 The College signed a commitment for a more sustainable travel policy

On 24 January 2023, the College of Europe, represented by Yoeri LOGGHE and Isabelle HILLEWAERE, signed a commitment for a more sustainable travel policy. The signing ceremony of the Coalition for...
Read more
END_OF_DOCUMENT_TOKEN_TO_BE_REPLACED