In 1959 he joined the German Diplomatic Service, serving in Australia (1961-64) and London (1967-72) as well as at the Foreign Office in Bonn dealing mainly with problems concerning Germany and Berlin (1964-67) and European Political Cooperation (1973-78). From 1978-1982 he was seconded to the Federal Chancellor's Office (1981-82 head of department for Foreign and Defence Policy under Chancellor H. Schmidt).

He was coordinator of the Dutch-German Conference. He received the Alexis de Tocqueville Price of the European Institute for Public Administration (1989), and  was honorary fellow of the Hebrew University Jerusalem (1993) as well as Dr.h.c. of Amsterdam University (1997). 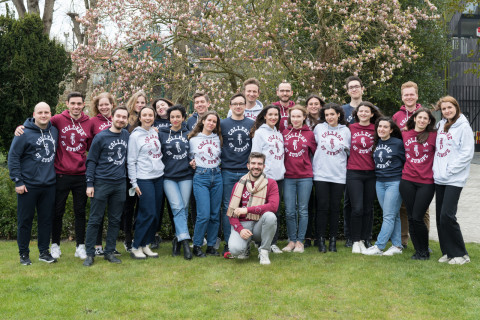 Grateful students of the academic year 2022-2023 have been awarded a scholarship by College of Europe Promotion Scholarship Funds. The College and students thank the following promotions for their...